Explore the themes and context behind Dr Jekyll & Mr Hyde

Over 120 years since its publication, The Strange Case of Dr Jekyll and Mr Hyde continues to intrigue readers and audiences across the globe. We delve into the greater context and themes of the tale, and explore it's enduring appeal before Dr Jekyll & Mr Hyde begins it's run at Rose Theatre Kingston.

The Duality of Human Nature 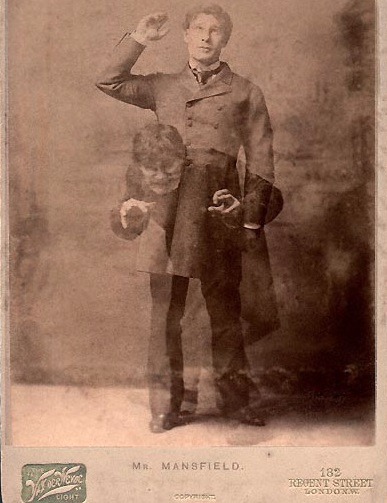 Through Jekyll’s discovery of Mr Hyde and his subsequent discovery of how to separate the two sides of his nature, we are able to examine the very nature of what it is to be human. We are shown that there are two opposing elements in every person, but that the way we manage these, and ultimately the choices we make and the way we behave determine what kind of people we are.

Jekyll, Utterson and Lanyon discuss their views about the workings of the brain in Act 1 Scene 4 of the play, each suggesting his opinion about the way that society could be improved as a result of better understanding of the human brain.

From the very beginning of the play, we are taken into a world where things are not as they appear. Throughout the play, we follow the characters on their journeys of discovery - often knowing more than they do. Motifs such as paintings, photographs and
mirrors appear throughout, allowing us to question whether we ever see the truth in each other or ourselves. Characters deliberately deceive and mislead us and each other.

Queen Victoria ruled from 1837-1901. The moral climate of Victorian Britain contrasted greatly with that of the Georgian period, with a focus on family values, sexual constraint, strict control of personal behaviour and a low tolerance of crime. Dr Henry Jekyll appears to adhere to the moral code of the time. When we first see him, he is visiting his widowed sister, playing with his nephew and niece, is kind, courteous and modest.

Dr Jekyll is a wealthy man. He moves in wealthy, influential circles. His peers are horrified and disgusted by Mr Hyde - not just by his actions, but by his appearance and the way he speaks. Jekyll himself is sickened by Hyde. Annie, herself a working class character, is not as repulsed by him, perhaps because of her own upbringing with a violent father. But is there a suggestion that Hyde is lower class and therefore that lower class people are more susceptible to follow their instincts rather than do what is “right”?

In the play, Enfield is described as a young “man of fashion”. Lanyon suggests that he is invited to dinner with himself, Utterson and Jekyll, as that the views of the younger man may “balance out the outmoded dogmas” of the older men. By including them younger characters of Enfield and Annie, we see a variety of points of view. Mr Hyde is described as much younger than Dr Jekyll. His behaviour is very different to that of Jekyll, raising the question of the influence of age and experience on human behaviour. Jekyll and Utterson agree that “what’s forgivable at twenty is absurd at fifty.”

In the late 1800s, the term “New Woman” was popularised by novelist Henry James. This came to mean a women, usually of wealth, who exhibited an independent spirit, and exercised control over their own lives. Men like Jekyll and Utterson would have felt somewhat challenged by this sort of woman, who differed from the Victorian ideal, where men were absolute heads of their household. Both Katherine and Annie, in their own ways, take control over their lives, and are disapproved of by male characters at points throughout the action. It is Katherine and Annie, toward the end of the play, who put the pieces together first, realising the truth.

Since Stevenson’s novella was published in 1886, there have been well over 120 adaptations, including stage plays, films, musicals, radio plays and parodies. The first of these was in 1887, and actor Richard Mansfield’s transformation was so believable that he was suggested as a suspect in the 1888 Jack the Ripper murders. One theatre-goer was so convinced by Mansfield’s transformation into Mr Hyde that they wrote to the police, insisting that no man could act such a role so well unless he himself were a homicidal madman.