Hogarth may have mingled with prime ministers and playwrights but he also knew how to make money from the seedy underworld of 18th-century London – by painting those on death row, for example. Read on to find out about the real-life inspiration for infamous murderess Sarah Sprackling, played by Jasmine Jones in Hogarth's Progress. 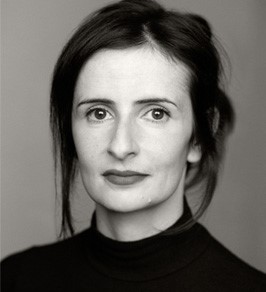 Jasmine recently garnered critical acclaim for her ‘incredible performance’ (The Londonist) as Baby Ava in Buggy Baby at the Yard Theatre. She also appeared in BBC favourite Call the Midwife and Joe Wright's Oscar-nominated film adaptation of Atonement.

This time, she turns her talents to something completely new – serial murderess Sarah Sprackling in The Art of Success, who was based on real-life killer Sarah Malcolm. Read on, if you dare…

Jasmine also plays Bridget in The Taste of the Town.

Both plays together form the double bill Hogarth's Progress, which runs at the Rose from Thu 13 Sep – Sun 21 Oct. Each play can be enjoyed as a standalone performance or together, either over different days or both in one day.