Comedy legends Jasper Carrott and Alistair McGowan are joining forces to split the bill and your sides with a night of comedy stand up and impressions. Drawing on their wealth of experience the two masters of comedy present a show of pure laughter and entertainment that is not to be missed.

When the pair first teamed up last year for a one off festival appearance it proved a match made in comedy heaven and the chance to work together again was simply too good to miss. Splitting the evening between them, the mix of Jasper’s inimitable stand up and Alistair’s peerless impressions is a terrific experience for the audience and the artists alike.

Don’t miss this chance to see the godfather of British comedy Jasper Carrott and Britain’s leading comedy impressionist at the top of their game, having a blast and delighting audiences in their unique ways. 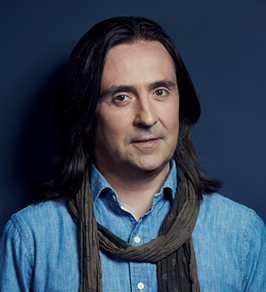 Neil Oliver... The Story of The British Isles in 100 Places

Neil Oliver... The Story of The British Isles in 100 Places