In the second play of the The Wars of the Roses trilogy, adapted from Shakespeare’s Henry VI Parts I, II and III, the conflict intensifies between all those grasping for power.

The Civil War ebbs and flows as the throne changes hands. A powerless Henry VI becomes a pacifist appalled by the fighting; his beautiful French wife becomes a warrior queen, leading her army into battle. The white rose triumphs, promoting the accession of young Edward IV, but the red rose fights back and Henry VI is king again.

As the white rose counterattacks, nobody quite notices the emergence of an ambitious crookback youngster... called Richard. 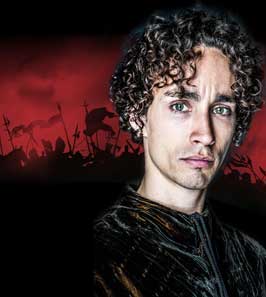 Richard III: THE WARS OF THE ROSES

Richard III: THE WARS OF THE ROSES