SEPTEMBER 2018
THIS EVENT IS NO LONGER RUNNING 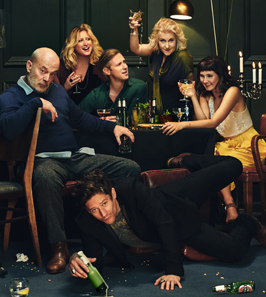 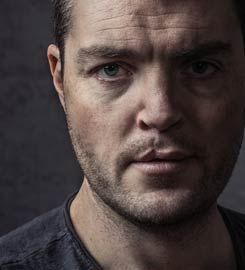 ★★★★★ 'A wonderful double bill which brings us as close to eighteenth-century London as we are ever likely to get.' LondonTheatre1
★★★★ 'Dazzling... an intriguing insight into the true nature of Hogarth's genius' The Guardian★★★★ 'Tender, playful, witty and touching… a winning portrait of the artist as, first, a young pup and then, even better, as an old dog' The Times
★★★★ 'Incredibly funny... a fascinating double bill' Broadway World
★★★★ 'Sharply written, both plays complement each other well to offer a portrait of a man who rarely seemed comfortable with his skills as an artist.' LoveLondonLoveCulture

Hogarth’s Progress is a riotous and thought-provoking double bill of plays by BAFTA Award-winning playwright Nick Dear, following one of Britain’s most irreverent and celebrated artists William Hogarth at a time when culture escaped from the grasp of the powerful into the hands of the many.

The Olivier Award-nominated comedy The Art of Success, in its first major revival, compresses the newlywed William’s rise to fame into a dizzying and hilarious night out through 18th-century London’s high society and debauched underworld.

A world premiere, The Taste of the Town catches up with the Hogarths in Chiswick some 30 years later. Now hugely successful, William and Jane are still at odds with the world and with each other. Facing public ridicule for what he considers his finest painting, William sets out to confront his fiercest critic, but there’s always time for one more pint on the way.

Starring Bryan Dick (The Art of Success) and Keith Allen (The Taste of the Town) as the younger and older William Hogarth.

Each play can be enjoyed as a standalone performance or together, either over different days or both in one day. Save £20 when you book both plays in the same transaction (top three price bands only).