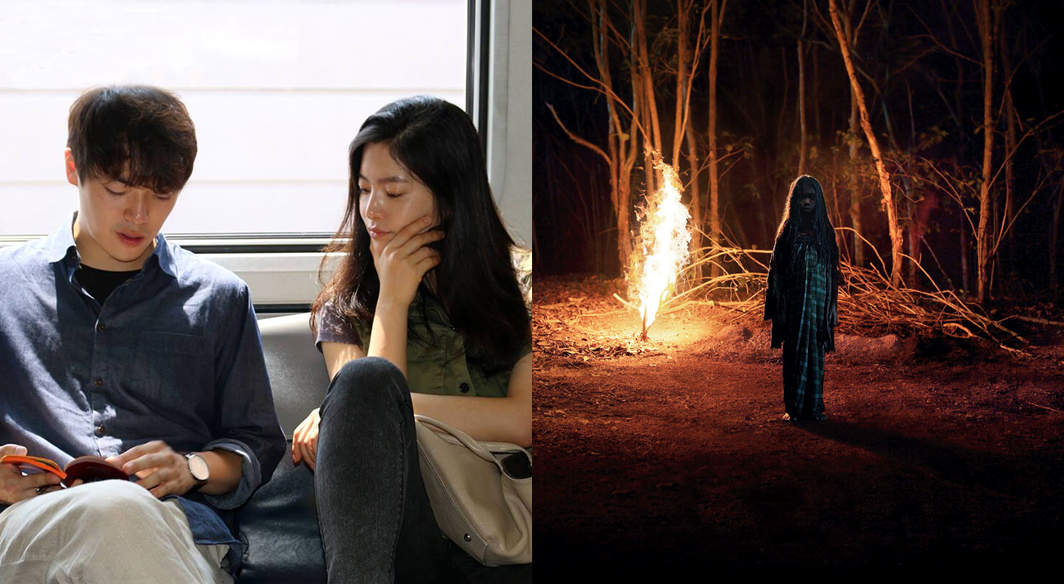 The film starring great actors like Namron, Farah Ahmad, June Lojong, Harith Haziq and Mhia Farhana tells the story of the old days, at the edge of a forest, a poor family consisting of Mak (Farah Ahmad), Along (Mhia Farhana) and Angah (Harith Haziq) was visited by a mysterious girl, Adik (Putri Qaseh). The younger brother predicted that when the floating moon incarnates, the whole family would die. A shaman who calls himself Tok (June Lojong) expects disaster to come. A mysterious man Hunter (Nam Ron) comes to find his missing son, but he also has other purposes. Mystical events and horror occur when the right and the wrong collide; Whose spirit will be saved?

10 AM JFK airport. Han Chul waits for Nari near the air-train. Han Chul is a documentary filmmaker visiting from Tokyo. Nari, a working actress living in New York City. The two reunite after a year apart only to discover that living in different hemispheres has affected their relationship.  One day, free-spirited Han Chul travels to Berlin on a job assignment, only to return to New York City and discover that Nari had left to Korea to star in a new film. Han's nomadic lifestyle leads him back to Korea... with the wind in his hair and the ground beneath his feet is now solid. He has returned, and one could ask of him: 'Have you changed?'