Henry VI: THE WARS OF THE ROSES

In the first play, Henry V, the ‘star of England’ after triumphant conquests in France, is dead. His heir is an infant, whose throne must be protected against the claims of the most powerful families in the country who demand of the English crown their ancient rights – the House of York, the white rose, and the House of Lancaster, the red rose. Conflict is inevitable.

The young King Henry VI is married, against his inclination, to a beautiful French princess who has already fallen passionately in love with another man. Meanwhile in France, young Joan of Arc wins historic victories over the English as, at home, the country drifts into Civil War.

So begins a saga of violence and intrigue, of political and sexual deception, as the protagonists compete for both the English and French crowns – competitors in what has been described as Shakespeare’s game of thrones. 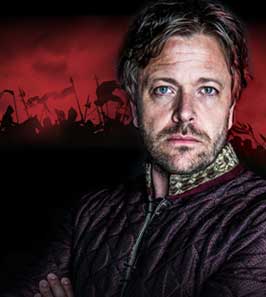